NAAEE's Conference Over the Years

NAAEE's Conference Over the Years 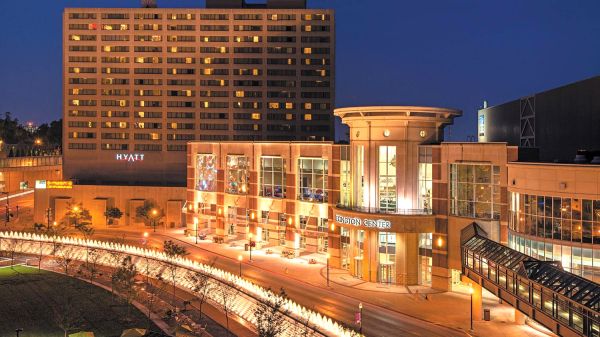 I attended my first NAAEE conference as a grad student, under the tutelage of the incredible and warm-hearted Bill Stapp, a professor in the then School of Natural Resources at University of Michigan and one of the founders and great thinkers in the field of EE. That’s the same Bill Stapp for whom the Stapp Student Conference Scholarships are named, a memorial bestowed in part to recognize his profound belief in and support of his students.

It was, ahem, 1979. I had a VW bus, and Bill signed out a university van, and about 17 of us piled in the two vehicles and caravanned our way from Ann Arbor to Blacksburg, VA. A testament to Bill’s impact, a number of us “Stapplings” from those days are still deeply involved in NAAEE—Bora Simmons, Gus Medina, and Martha Monroe to name a few—and UM continues to hold an annual reunion at the conference each year.

Back then, NAAEE’s acronym had only one A; we were the national, rather than North American association. There was but one part-time staff person, the indefatigable Joan Heidelberg, and just about everything was planned and implemented by volunteers. Attendance averaged about 300-400 people, and it felt like you knew practically everyone. I don’t remember what registration cost, but pre-conference workshops ran about $5. My first one was about encouraging creativity through journal keeping, led by the notably creative Bill Hammond.

Most presenters didn’t use AV equipment, but they could make special requests for carousel slide projectors, VCRs and television monitors, and overhead projectors. (Google it!) We scraped the equipment together by borrowing from local public schools, and rolled it from room to room on metal carts as needed. There were no wireless connections; in fact, there was no Internet. Personal computers were barely a thing.

If you wanted to present, you wrote up your proposal on a form that was bulk mailed to all NAAEE members. You sent four hard copies to the volunteer program chair, who then divided those up, and mailed thick packets to reviewers. They sent back handwritten score sheets, which were then tabulated by hand. It took forever! The scheduling was even more harrowing a task: think index cards laid out in a huge grid on your living room floor.

Obviously a lot has changed since then. Certainly technology has advanced and enhanced the conference, though I sometimes wonder if we’ve gotten a little too dependent on our PowerPoints. (I can’t wait to hear what John Falk and Judith Koke have to say about that in the upcoming NAAEE webinar, Be a Star Conference Presenter: Design a Session That Reflects How People Learn Best on September 5.) NAAEE is a much bigger, more professional organization, with a staff of 22 and a strong international reach. Attendance averages more than 1,000, and there are about 500 sessions on the program.

We’ve added a Research Symposium, now in its 16th year, and we emphasize research-based practices far more prominently. Concerns such as equity, inclusion, and sustainability are evolving and are better integrated into our thinking, and we continue to learn and grow in these areas. The Environmental Professionals of Color has met at the conference for several years, and this year we’ll see the inaugural meeting of QEEN, the Queer Environmental Educators Network. We offer sessions to specifically help young professionals build skills and make their way through the conference.

Our keynote sessions are arguably richer, more captivating, and more challenging than ever before. I’m among the many people who loved last year’s refreshing “flash talks” and I’m looking forward to the diverse group of presenters coming up on Friday in Lexington. I’m eager to hear the esteemed (and aptly named) John Flicker on opening night, and I’m also quite curious about Mona Chalabi’s talk about the use and misuse of big data in this era of fact manipulation. And the insightful and inspiring EE 30 Under 30 plenary panel on Saturday has become a tradition that couldn’t better motivate us to stretch our own expectations and leave us just saying, “wow!” as we head home to apply all we’ve learned.

But as much as things have changed, for me, the essence of the NAAEE conference remains the same. It's a time to gather with colleagues and explore the leading edges of the field, to learn new ways of thinking and doing, to be inspired by what others have achieved, and to share our own achievements. It’s a time to celebrate environmental education for all its potential to bring about positive change, and to surround ourselves with people and programs driven by nature to make the world more just, more equitable, and more sustainable.

Even after 40 years (40! Can that be true?), I still love attending the conference. As a student, a museum educator, an independent contractor, and even now as NAAEE’s conference manager, I’ve relished this week as it breathes life into both my personal and professional spirits. Each year, I’ve built on existing relationships and I’ve come away with friends and colleagues, new hope, and new perspectives that have greatly enhanced my career and beyond.

I know I speak for every member of NAAEE’s staff when I say that I hope, when you join us in Lexington, you find sessions on the program to whet every appetite, opportunities to network with educators from around the world and all walks of EE life, and a warm and welcoming atmosphere teeming with ideas, inspiration, and collegial support.

See you in Kentucky!