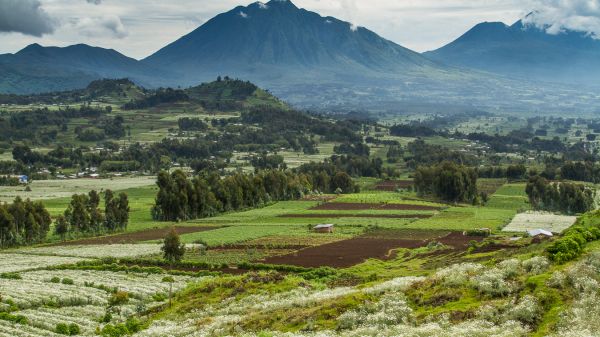 In the second installment of NAAEE's monthly webinar series: Bringing New Ideas and Innovation to the Field of EE, scholar, teacher, writer, speaker, and entrepreneur Dr. David Orr discusses systems and systems thinking. Click here to learn more about David's research. If you weren't able to make Dr. Orr's webinar on March 22, you can watch the recorded webinar on YouTube.

In David Orr’s own words, “System is the most radical word in the English language. It requires understanding 'the pattern that connects,' as Gregory Bateson once put it. It is a three dimensional word because patterns have a beginning and a future. Donella Meadows once called it 'thinking in systems.' Systems thinking liberates by widening our understanding on one hand, but constrains on the other because all human activity is bound in systems of causes, consequences, obligations, and meaning."

In an article for the New York Times, Orr states, "It is no accident that connectedness is central to the meaning of both the Greek root word for ecology, oikos, and the Latin root word for religion, religio." Orr, who wrote that "most of us do what we do as environmentalists and profess what we do as professors…because of an early, deep, and vivid resonance between the natural world and ourselves," puts connectedness at the hub of his philosophy. He explains, “The great ecological issues of our time have to do with our failure to see things in their entirety. The failure occurs when minds are taught to think in boxes and not taught to transcend those boxes. We educate lots of in-the-box thinkers… And there is a connection between knowledge in organized boxes, minds that stay in those boxes, and degraded ecologies and global imbalances.”

Orr continues, “Despite a great deal of talk about systems, we continue to administer, organize, analyze, manage, and govern complex ecological systems as if they were a collection of isolated parts and not an indissoluble union of energy, water, soils, land, forests, biota, and air.”

David Orr is “Counselor to the President” at Oberlin College. He is the author of eight books, including Down to the Wire: Confronting Climate Collapse (Oxford, 2009), and is a co-editor of three others. His eighth book, Dangerous Years: Climate Change and the Long Emergency, will be published by Yale University Press in 2016. He has authored over 220 articles, reviews, book chapters, and professional publications. In the past twenty-five years Orr has served as a board member or adviser to ten foundations and on the Boards of many organizations, including the Rocky Mountain Institute and the Aldo Leopold Foundation. Currently he is a Trustee of the Bioneers, Alliance for Sustainable Colorado, and the WorldWatch Institute. He has been awarded eight honorary degrees and a dozen other awards, including a Lyndhurst Prize, a National Achievement Award from the National Wildlife Federation, and leadership awards from the U.S. Green Building Council (2014) and from Second Nature (2012). He has lectured at hundreds of colleges and universities throughout the U.S., Europe, and Asia. He headed the effort to design, fund, and build the Adam Joseph Lewis Center, which was named by an AIA panel in 2010 as “the most important green building of the past thirty years,” as “one of thirty milestone buildings of the twentieth century” by the U.S. Department of Energy, and as one of “52 game-changing buildings” over the past 170 years by the editors of Building Design + Construction in January, 2016. He is the founder and Chair of the Board of the Oberlin Project and a founding editor of the journal Solutions.

This webinar is part of NAAEE’s monthly webinar series hosted on eePRO. Click here to learn more about the series and upcoming speakers. We’ll host webinars on the fourth Tuesday of each month at 3 PM EST, with some flexibility.