Music for Biophilia: Joe Lombardi and the Culture of Possibility

Music for Biophilia: Joe Lombardi and the Culture of Possibility 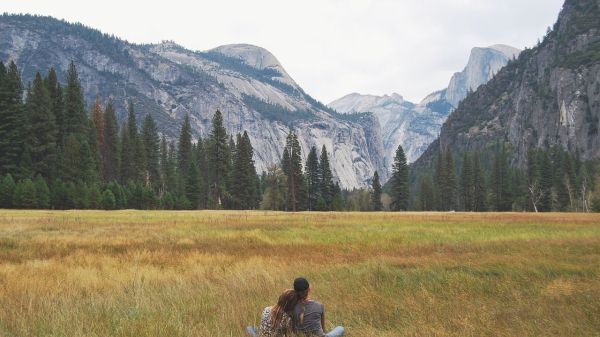 As a child growing up in Philadelphia, I had not much of nature to see,
But streets of asphalt and buildings of bricks, was how most of the world seemed to me.
Then my summer’s I’d spend in the country, in the east Pennsylvania hills,
At a camp near farmlands and forests and fields, a serenity that dwells with me still.

Over the years I would learn there about Native American lore,
And I began to feel one with the natural and wild, like those who had lived there before.
And a voice from within me would whisper through the rustling red maple trees,
As the spirit that nurtures the universe spoke in the sounds of the soft, summer breeze:

I will be here as long as the mountains, the rivers the lakes and the trees;
And till then may I watch eagles soar through the skies and the salmon come home from the seas.
As I watch over all of Earth’s children, the land, air and water so blue,
And all of the creatures that never ask why, I’m a spirit within each of you.

It spoke from the stream I would swim in, and the willows that shaded its shore,
And the whippoorwills’ song as the nighttime drew on or the wind through the old cabin door;
In campfires on cool summer evenings, with the flame’s dance and crackling song,
Or the chirp of the crickets and the katydids trill, that would comfort me all the night long.

And the spirit remained always with me.  Through the seasons I could still hear It call;
From the cornfields in summer that covered the hills, to the gold leaves that colored the fall.
Or a winter’s night snow on the fence rows, bright mountain drifts reaching the moon;
Or the bullfrog’s spring bellow that would lull me to sleep, to awake to a mockingbird’s tune-- It spoke:

But encroachment by men was relentless, and the life of the forest grew still;
As the bulldozers plowed out the wide logging roads to haul trees to the old lumber mill.
And as forests were transformed to houses and yards and the fields to apartments and malls,
Then gone were the katydids, turtles and streams, and the whip-poor-wills’ long evening calls.

And gone was the red fox that slipped through the fence-row, the wildflowers that blossomed each year,
And the blackberry thickets that bordered the fields that fed the box turtles and deer.
Now their home has been taken away from us all, and we’ll suffer the loss I believe.
For I know that the death of my campestral home left the spirit within me to grieve -- it spoke:

“I am the soul of the universe.  I’m the seasons of winter to fall.
I’m the life of water of air and of the land, and the creatures that ‘bound in them all.
And I’ll speak to whoever will open her heart, to a wisdom we harbor within;
That we are all one with the stars and the sun, with the earth and with each living thing.”

I will be here as long as the mountains, the rivers the lakes and the trees;
And forever may I watch eagles soar through the skies and the salmon come home from the seas.
As I watch over all of Earth’s children, the land, air and water so blue,

in the words of Rachel Carson

“A child’s world is fresh and new and beautiful, full of wonder and excitement.  It is our misfortune that for most of us that clear-eyed vision, that true instinct for what is beautiful and awe-inspiring, is dimmed and even lost before we reach adulthood.”

“If a child is to keep alive his inborn sense of wonder… he needs the companionship of a least one adult who can share it, rediscover with him the joy,excitement, and mystery of the world we live in.”

“I sincerely believe that for the child… it is not half so important to know as to feel.”

Rachel Carson: The Sense of Wonder

in the words of Joe Lombardi

Spirit is a true autobiography of my youth as a camper and counselor at a camp in the rolling hills of eastern Pennsylvania for children from urban Philadelphia. Though the logging intrusion on the camp at that time was local and temporary, the urbanization of those country roads, forests, and fields in that area of Pennsylvania over the years is heartbreaking to those of us who knew it when.

All are rooted in my love of nature and music.  At least the love of nature, and maybe the love of music, too, are grounded in“biophilia,” or, as defined by E.O. Wilson, that sense of oneness with and passion for nature that seems to be a part of human experience.

This sensitivity is why we seem to experience esthetically trees, gardens, flowers, mountains, lakes, streams, oceans and the natural world in general.  Like an “imprinting” process, such esthetic and emotional components of humans are inherently a part of our development, our ‘make-up,’ or, if one wishes, our “species ancestral memory.”

But like many of our emotional and esthetic systems, our biophilia needs to be nurtured by early experiences.  Perhaps the younger we are when we have positive experiences with nature, the more easily and with greater intensity our biophilia develops.  It is these passions, feelings, and emotions that are within us that define our “spirituality” and that which we often refer to as our “spirit.”

This song, Spirit, describes such early experiences in my life and in the lives of so many campers and counselors who spent summers in those rolling hills.  It also reflects my thoughts (and to a large extent-- the reality) of watching that rural area of eastern Pennsylvania overtaken by the ‘progress’ of development.

Arts and the New Paradigm
About The Culture of Possibility

"We are in the midst of seismic cultural change. In the old paradigm, priorities are shaped by a mechanistic worldview that privileges whatever can be numbered, measured, and weighed; human beings are pressured to adapt to the terms set by their own creations. Macroeconomics, geopolitics, and capital are glorified. They form the foreground of the world depicted by powerful institutions: banks, militaries, energy corporations, major news media. People are expected to make sacrifices for profit-margin, to go to war for oil, to accept environmental damage that threatens future generations—and often, to do all this for no palpable reward beyond “improved economic indicators.” Within the old paradigm how we feel, how we connect, how we spend our time, how we make our way and come to know each other—these are all part of the scenery.

In the new paradigm, culture is given its true value. The movements of money and armies may receive close attention from politicians and media voices, but at ground-level, we care most about human stories, one life at a time. Our deepest debates, our obsessions, our consolations, and our most purely discretionary choices about where to deploy our resources and attention are conveyed through sound, image, and movement, in the vocabulary of art. People care passionately about how they and the things they value are depicted. They revive themselves after a long workday with music or dance, by making something beautiful for themselves or their loved ones, by expressing their deepest feelings in poetry or watching a film that never fails to comfort. In the new paradigm, it is understood that culture prefiguresecon0omics and politics; it molds markets; and it expresses and embodies the creativity and resilience that are the human species’ greatest strengths.

In the old paradigm, humanity is stuck. By the time an issue is prepared for public consumption—by the time that dueling positions have been extruded like so much media sausage stuffed with empty platitudes—there is very little room to move. In the new paradigm, our prodigious powers of imagination open portals to the future through alternate scenarios that respond to social conditions without being constrained by orthodoxies. There are multiple sides to every story, and many stories lead to something worth trying.

The bridge between paradigms is being built by artists and others who have learned to deploy artists’ cognitive, imaginative, empathic, and narrative skills. The bridge is made of the stories that the old paradigm can’t hear, the lives that it doesn’t count, the imagined future it can’t encompass."

"Pando Populus is a platform for people who care about big ideas and the Earth. Our aim is to create an ecological civilization.We’ve taken our name from the largest and oldest organism on the planet — a giant quaking aspen tree, spread over more than a hundred acres, thousands of years old, connected by a single root system.Various movements and organizations focus on one aspect or another of ecological concern. We endorse and celebrate their work."

But we humans, too, have our cultures, many of them quite beautiful. Nevertheless, beginning in the 17th century with the industrial revolution in the West, a shared way of living began to emerge which is more destructive.  Some call it western modernity.  It has its good qualities: an emphasis on individual rights, the emergence of scientific ways of understanding the world, an emphasis on reason as a way of adjudicating disputes.   Still, there was and is a dark side to western modernity, namely its impulse to dominate the more than human world in the name of unlimited progress for human beings. For more on this, see William Blake's critique of the industrial economy and John Cobb's description of an alternative on I Bring You and Artist: William Blake and John Cobb.

Today the darker sides of western modernity take the form of aggressive capitalist culture with its popular religion, otherwise called consumerism. This culture is grounded in a desire for profit; in the assumption that the purpose of life is to be attractive, affluent, and powerful; and in the assumption that the whole of the more-than-human world, which some call 'nature,' is subservient to the human.

Joe Lombardi saw the results of this approach to life with the plowing of the bulldozers and the disappearance of the katydids.  His song Spirit invites us into another approach to life: one that is awed by the beauty of nature and feels at one with Spirit.  Following the biologists E.O. Wilson, he calls it biophilia.  He sees this sensitivity as emerging organically in human experience, as a mode of adaptation, and also as the better hope of our world.

In both respects he joins many in the process community -- the Pando Populus community -- who see human beings as evolving through time, creatures among creatures on a small but gorgeous planet, filled with capacities for aggression, to be sure, but also wonder.  Like Joe Lombardi, we believe that we humans can evolve into more compassionate creatures who are sensitive to something within us and around us - call it Spirit -- that can enliven our minds and widen our hearts.  The names are not so important; it's the wonder that counts.

In process philosophy, a "fat soul" is someone who is creative, inwardly strong, open to diverse ideas, kindly in spirit, and receptive to the beauty of a diverse world, both human and ecological.  It's not easy to be a fat soul because it carries within it the sufferings of the world and yet somehow manages to sing a song of Spirit.  Joe Lombardi sings that kind of song.

Reposted with permission from Dr. Joe Lombardi from Jesus, Jazz, and Buddhism.