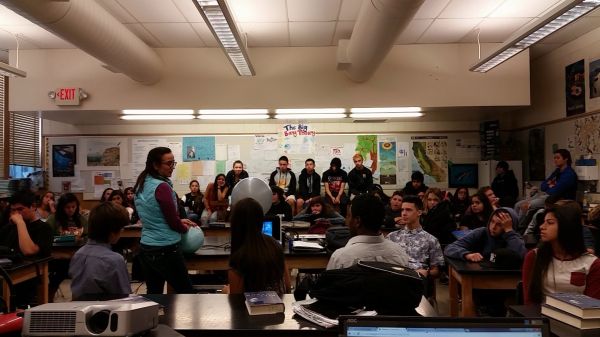 During the summer and fall of 2014, I had the privilege of being selected to participate as one of twenty-six Community Climate Change (CCC) fellows by EECapacity, a program of NAAEE and Cornell University. It helped me properly develop a robust and effective Environmental Education program that I had previously envisioned, but had not properly articulated, based on observed needs in my communities. The CCC Fellowship helped me create “EECCOA”, for Energy Efficiency to Mitigate Climate Change and Ocean Acidification.

EECCOA is a project-based science education program that provides energy, climate, and ocean literacy services and products for 7th – 12th grade science teachers, and their students aligned to NGSS[1] and CCSS[2]. It empowers students to address climate change and ocean acidification by providing the tools to research, design, and innovate energy, water, or waste efficiency models their schools can adopt. Alternatively, they can develop an Ocean Acidification awareness campaign that informs their communities about the issue, and persuades them to modify collective behaviors to make a difference. A secondary goal of the EECCOA program is to inspire underrepresented students to pursue green careers by exposing students from Title 1 schools to an array of STEM careers, and hands on application of scientific concepts in engineering practices. 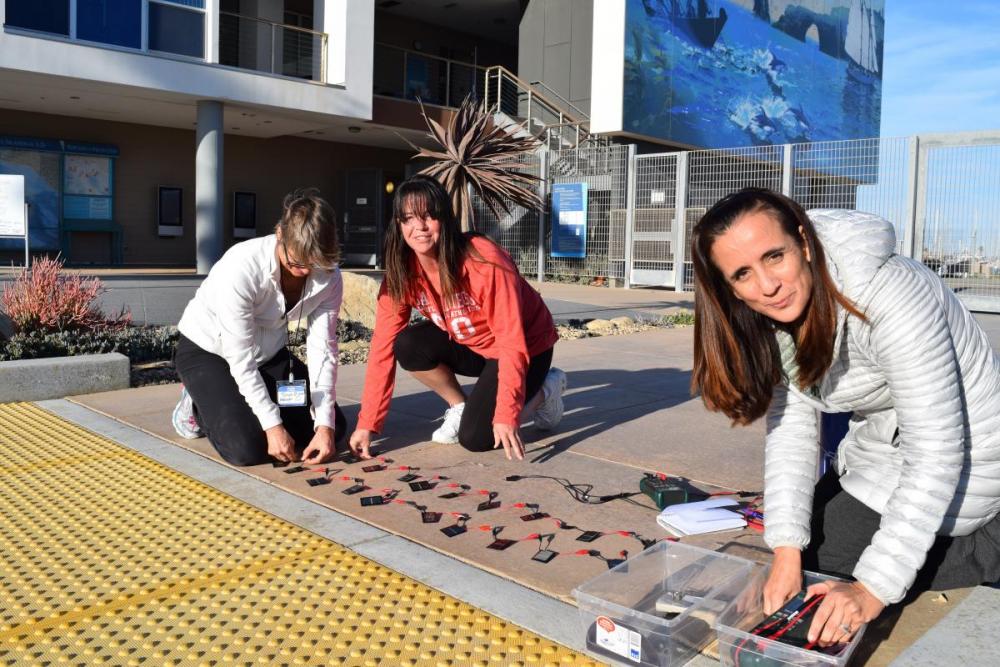 EECCOA has been very well received during the 2015-2016 school year at eight public schools in six coastal cities. Reaching the end of the first year of implementation, it has advanced my organization’s mission (www.meritofoundation.org), raised capacity of eight science teachers, and motivated 813 students to learn and actively green their school campuses at six school districts around Ventura and Santa Barbara counties in Southern California. From September 2015 to April 2016, the MERITO Foundation produced the EECCOA Activity Guide, a collection of 20 hands-on lesson plans on climate, energy, and ocean literacy, aligned to the CCSS and NGSS for 7th-12 grades, and identified over 30 supporting on-line resources. We also provided Professional Development to eight participating in-service science teachers (teaching grades 7-12) from Fillmore, Oxnard, Ventura, Santa Barbara, and Santa Maria along the Santa Barbara Channel region. The three full days of training focused on each one of the three science disciplines addressed: climate, energy, and ocean sciences. 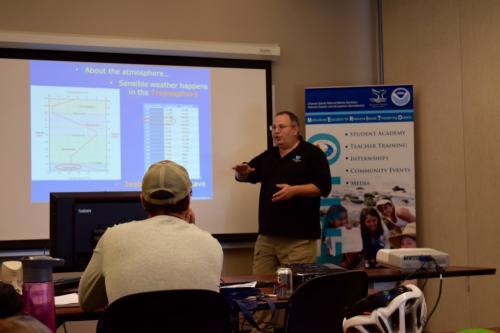 In addition, we provided bilingual introductory in-class presentations for the participating 24 school classes (813 students) using a 3-D portable spherical display that uses satellite data to demonstrate Earth processes. We immersed the 813 7th- 12th grade students (73% of which are Hispanic) in an Earth-system science adventure through which they are participating in stewardship activities and project-based learning. The stewardship activities include beach clean ups, monitoring sandy and rocky beaches, testing the quality of the water in streams, and other activities related to advancing the understanding of ocean acidification as citizen scientists. In teams of 3 to 5, the students are currently finalizing their project proposals, to be graded against a rubric by a judging panel. The best 12 projects (3 of each category) will receive substantial cash prizes during the EECCOA Students Summit on June 2, 2016 in Ventura, CA.

My goal is to continue this program in such a way that students’ project proposals become realities. Through the various pre-project assessments conducted for energy, water and waste, students and program staff will be able to quantify the reduction in carbon footprint, and most importantly, provide student authors with a sense of ownership and accomplishment over their proposed methods. This program has been very rewarding - both personally and professionally. Through the CCC Fellowship, I made new friends and had the privilege of collaborating with other educators with similar mindsets and senses of humor. If the opportunity arises to participate in an EECapacity program, I strongly suggest anyone from North America in the field of EE to apply. The tools, skills, and inspiration I gained during my CCC Fellowship were priceless.