Processes Involved in Environmental Education for Young Children: The Case of the Frightening Butterfly.

Processes Involved in Environmental Education for Young Children: The Case of the Frightening Butterfly. 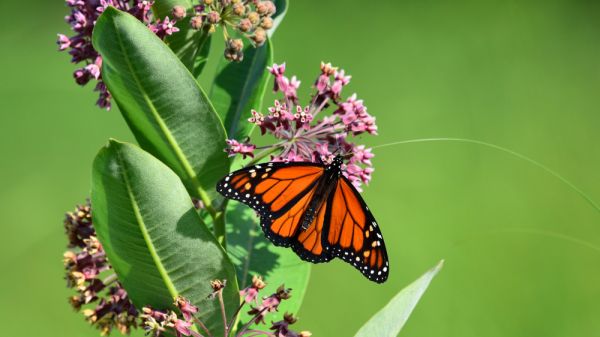 Within each body of knowledge, we respectively assume the different roles of participants, explorers/creators, and spectators. We use first-hand, second-hand, and multi-hand information. Interlocking these three bodies of knowledge should allow a safe space for the critical mind, sidestepping moral, ethical, or cultural frames to consider multiple perspectives while keeping a strong link with reality.

The process applied by the concrete mind gives access to degrees of “naturalism” as there is only one system of reality: nature.”[2] It also permits degrees of “constrained perspectivism,” “the possibility of multiple truths and the recognition of the fact of searching for different ways of knowing nature.”[3]

Moral, ethical, and cultural frames are proposed by ideas and concepts carried by literacy/alphabetization. Those ideas and concepts are proposed by others and are “perceptions of reality that are relentlessly subjective.”[4]  Moral, ethical, and cultural frames are subtracted from the information provided by the process of opsistiation because it follows series of basic operations that create patterns, series, and strata of information. They form assemblages. The concrete mind prepares for philosophical knowledge. Literacy/alphabetization prepares for scientific knowledge and opsistiation for cultural knowledge.

Chloé is two-years old. Chanelle, her sister, is three. Let them explain in their views what the preceding theory means. They are spending their time, in part, in a licensed home daycare with a few other children in a multi-age setting. They play outside every day, weather permitting, in a nice garden full of trees and flowers. Chanelle’s favourite activity is looking for butterflies and chasing them around. Chloé usually follows her big sister around and mimics her every move. One day Chanelle spotted a monarch butterfly on a pink Echinacea. The delight on her face was precious. She approached, looked closely, and observed the butterfly for a while as it was opening and closing its orange wings, standing on the bulging dark heart of the flower. The petals of the flower formed a bright pink corona that seamed to uplift the orange butterfly in a spontaneous show and tell. Chloé and Chanelle were mesmerized. The butterfly finally flew up and then down. It went sideways and up again. The girls followed it around, jumping, dancing, and flapping their arms all over the garden. Suddenly, the butterfly flew very close to Chanelle and delicately landed on her arm. Both girls stood still to observe the insect that was now wider, with its wings opened, than Chanelle’s arm. Suddenly Chanelle screeched, shook the insect away and ran crying and screaming.

Chanelle’s experience with an element of reality called on all her senses. It used her perception and intuition and allowed her to come into direct interaction with what she first thought of as a beautiful butterfly. Her references as a three-year-old soon kicked in as the butterfly started to unroll its straw-like proboscis to have a taste of her arm, probably still smelling of breakfast jam.

Extended, as Chanelle would explain after, she thought of it as a needle, a big needle, like the darts of other insects, hence the fright and screams. Chloé did not react as she is only two years old and did not have the reference in mind. The sequence - butterfly – orange – flapping – fluttering – dancing - flower – pink – size - contact – needle – insect - self-protection - experienced by Chanelle’s concrete mind with an element of reality provided an impression of beauty. It also left an impression of fright that would be undone later based on new knowledge that would come from literacy/alphabetization. The impression of significant beauty would last a lifetime because experiences in early childhood can often involve Lorenz’s process of “imprinting”[5], as in leaving a significant affective imprint on a young child. A precious tool in educating one about the environment!

Chanelle’s educator and daycare provider responded naturally to her emotional reaction by trying to reassure her that butterflies do not sting. She reached for the many tools used for acquiring literacy/alphabetization - like books, images, and insect collections - for comparisons, even if Chanelle did not know how to read and write. The educator provided different representations and descriptions of butterflies, moths and bees and talked about the functions of the proboscis and the dart. She altered the impression of fright with descriptive knowledge, creating the sequence: -- butterfly – monarch – varieties – colours – sizes – feeding – nectar - flowers – wishing to fly – magic – costumes. She introduced the idea of the vanishing Monarch butterfly and its fabulous yearly migration, appealing to Chanelle’s imagination.

The educator also used the daycare’s computer to access even more information in the form of videos and images. She asked what Chanelle wanted to see by giving her the choices of sites offered by the computer. There were different sequences possible, depending on the likes and dislikes expressed by Chanelle, suggested by the educator, or interjected by Chloé standing by. The following sequence was adopted: butterfly – description – classification – diet – orange – blue – anatomy – metamorphosis – migration. The sequence could have gone in any number of directions.

This blog’s purpose is to discuss a cognitive process involved in our three interlocking bodies of knowledge. It follows discussions led on the different principles that govern our three bodies of knowledge, which you can read in the three preceding blogs. Knowledge can be acquired by means of our senses, our intellect and our affect and is influenced by the cognitive process of “connaturality”[6] used by many researchers in different fields. Within this process, humans act on other humans and nature and let other humans and nature act of them. It involves a dialogic rapport where humans adapt, if only temporarily, their knowledge to the knowledge and experiences of others and to the realities presented by nature and experienced with it. The process of “connaturality” directs thoughts, structures knowledge, and gives it directions. The dialogic rapport between humans and nature is active in constructing a community of thoughts, gestures, behaviours, and agencies. It is interesting to notice that computer screens are not capable of a dialogic rapport because of their inert quality. They cannot act on humans while offering them information and knowledge, and humans cannot alter what computer screens are offering while they are doing it.

Young children, through observation, imitation, mimicking and the process of “transductive identities,”[7] which means the transferred identities of others, fully exercise their dialogic rapport and connaturality with others and nature. As they are exposed to information and knowledge in the reality of nature, through literacy/alphabetization, and through opsistiation, they exercise “apraxia” and “eupraxia,”[8] retaining or forgetting at different degrees. They develop their thoughts with other humans and with nature, which in turn will produce gestures. Gestures will leave imprints.

The process of connaturality with nature can create a full array of its own sequences, such as -- butterfly – beauty – fragile – flowers – planting – nectar – gardening – space – clean air – clean water. And thus, together, young children and nature develop a community of thought, gestures, behaviours, and agencies and become educated to the environment.