Pedagogical Principles in Environmental Education for Young Children: Let them Play! Leave the Thinking to Adults.

Pedagogical Principles in Environmental Education for Young Children: Let them Play! Leave the Thinking to Adults. 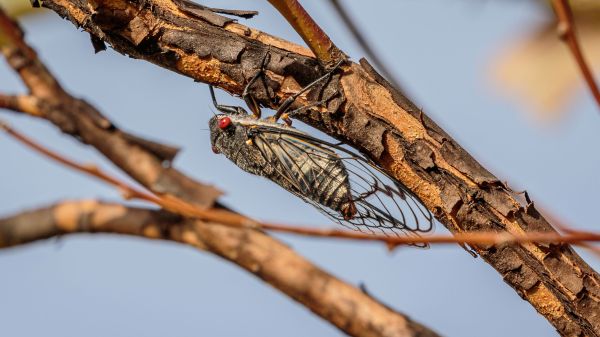 This blog is the second one of a series of eight about mastering pedagogy in environmental education for young children. Questioning ourselves about what happens after you lift the rock, find the worm, and put it back, is looking to give a pedagogical quality to the work we do. Why do we need to be pedagogical about it? Because we have educational objectives for young children that are tied to social values, perspectives, approaches, and strategies. Now, preserving the spontaneous quality of play for young children is imperative as we abide by child centered approaches to education. Children need not be pedagogical, but adults do. Children’s play, exploration and discovery do not have to follow an additive, causal and structuring process following the work plans of adults. But adults need to have work plans to compensate for personal shortcomings, biases, and tendencies, to strive to attain educational objectives, to ensure rich and diverse activities, and to make sure educational interventions are homogenous and ethical. In time, children as you know, are all over the place. After three months, six months or a year they usually cover the grounds of pedagogical activities. All that is left to do is pick up on, collect and document all elements of their agencies:

All this is pedagogical data. Many other elements can be added to this list, but the real challenge is how to organize them. As suggested in the preceding blog titled: “Mastering Pedagogy in Environmental Education for Young Children: Or What Happens after Lifting the Rock, Finding the Worm and Putting it Back?”, a holistic approach to education comprises three main interlocking bodies of knowledge. The concrete mind[2], literacy/alphabetization and opsistiation[3], allow us to think respectively with our whole body using our senses and intuition, to think with our intellect using representations and applying operations like deduction and induction, and to think with vast amounts of information provided by computers using images and sounds, moving from one stratified significant layer of knowledge to the other. Our pedagogical data is organized within these three bodies of knowledge following a bottom-up rather than a top-down process. Collecting elements from young children’s play is like picking up pieces of a puzzle and placing them into the three interlocking bodies of knowledge to get the bigger picture of each child’s human and cognitive development. This allows us to design further activities to complete the children's experiences and enrich their knowledge. Let us consider here a special adventure a group of young children went on a few years ago. I was their educator then, and the children were two to four years old.

That morning we all went to play outside under the maple trees to take advantage of the warm summer sun. We could hear the birds singing high up in the trees. Some children were shoveling sand into buckets. Others were riding tricycles. Then we heard Sophie say: "Yuck! What is that?" She was bent over hands on her knees looking at this strange carcass stuck to the trunk of a maple tree. We all rushed to examine the empty shell of what seemed to be an insect with claws. As Sophie rose to stand up right, she put one hand against the trunk to lean on it and then screamed with discuss. The children gathered and at eye level they could observe these large rectangular insects with long transparent wings and bulging eyes. No one knew what they were or where they came from. The children would find out later that they had had the privilege to witness the birth of cicadas who had been underground for seventeen years. Shedding their skins, the insects would climb one or two feet up the trunk of a tree to catch the warm sunlight. Staying still, they took the time needed to dry their wings and adapt to the air, so the children were able to observe them at their leisure. Sophie looked at them for an hour. No one dared to touch them because they were so big and ugly. I did collect carcasses to do some research. That afternoon Sophie looked at the books we had on insects and I checked the Internet for information about the carcasses. We soon discovered they were cicadas. After reading about their life cycle, we decided that the next morning we would go outside as soon as it was possible to see them come out of the earth and shed their skins. The children were so excited. It was to be the start of an incredibly special adventure.

Sophie, four years old, offered us several pieces of her developmental puzzle during this first encounter with the cicadas. She demonstrated cognitive capabilities such as perception, attention, observation, and focus. As she told the story of her discovery to her mother later that day, she showed clearly that she had some notion of time and space, and of sequences of events. Choosing some information on the Internet, she was able to describe the insect and explain its birthing cycle practicing her language skills. Later, she would draw and color it and compose a paper insect collection working on pre-mathematical abilities. Recalling the disgust she felt at the sight of the insect, she experienced a primal reaction provided by her senses in a natural setting. These pieces of Sophie’s developmental puzzle can be picked up and placed within the three bodies of knowledge of the concrete mind, literacy/alphabetization and opsistiation.

These bodies of knowledge are each guided by principles, processes, and strategies. Let us analyze in this blog some of the principles that underlie them and how they help us make the education of young children more complete. The principles relate to the senses, to time, roles, sources of information, environment, and educational objectives. This blog will address the senses, time, and roles. The next blog will discuss the principles of the sources of information, environments, and educational objectives. Later blogs will analyze the processes and strategies and a chart will be provided listing the main concepts.

The principle of the senses in developing our three bodies of knowledge must be considered first. While developing the concrete mind, our first body of knowledge, all five senses are used to explore the environment and acquire information and knowledge. Think about the wildlife photographer walking in the woods in search of some wild animal. “Senses (touch, taste, smell, sight, and hearing) are exteroceptive sensitive centres connected to interoceptive receptors (inside pains), and proprioceptive receptors (balance, contraction, and tension of muscles).”[4] Senses are part of a complex bio-cognitive system. They can be used one by one or can be combined to receive information. In an emergency, they can be channeled into a single frequency. Young children tend to use one sense after the other, but they can establish that single frequency in an emergency although they may not be able to act on it. In literacy/alphabetization, our second body of knowledge, children move from using all their senses while acquiring literacy to using only their sight and touch while going through the stages of alphabetization. You will notice that in opsistiation, our third body of knowledge, using computers screens we only use sight and hearing. If playing computer games, we also use our proprioceptive receptors. Developing the concrete mind and using all our senses are essential for a complete human education and is probably tied to psychological balance and general health.

Let us consider the second principle of time as it affects our three bodies of knowledge in different ways. Young children playing outside are present in the moment, and they think with their whole bodies. While acquiring literacy young children are also present in the moment because of their youth. They think, using “perception, assimilation, and accommodation”[5], and use symbols and representations. Older children going through alphabetization are encouraged to think about the past and the future, and to use reasoning and imagination. They learn to think with their intellect and to use concepts. They study to better their future and learn from the past. Children acquiring opsistiation, learning with computers, find themselves present in a process of creating identities structured by their feelings and emotions. Images and sounds “call upon our emotions, not our reason. They ask us to feel, not to think.”[6] So children pay attention to what they like and identify themselves to it. They cumulate stratified similar information and reject the rest. They have access to vast amounts of information. They are not in the present, the past or the future. They are in virtuality. To have a complete and balanced curriculum, activities in our three bodies of knowledge must be designed with the principle of time in mind.

The third principle of roles sheds light on how our three bodies of knowledge should be approached. Developing their concrete mind, children are called upon being participants[7] in their environment. In literacy, they are explorers[8] while through alphabetization, they become creators.[9] Acquiring opsistiation, they are mere spectators.[10] It took a few generations to acquire alphabetization, and I suspect the new generations, infatuated with optistiation, are in fact in the process of linking the three bodies of knowledge. Children need to be participants, know how to be explorers, and are learning to be creators. When they experience being spectators, they are brought back full circle to being participants by the force of their nature. Planning activities and selecting educational objectives should consider the needs of our young postmodern thinkers: our participants, explorers, creators, and spectators.

Sophie and her playmates did go back to the maple tree early the next day to see the cicadas come out of the earth and did so for four days in a row. All summer long, when going outside to play they would first rush out to the maple tree and look and listen for the insect. They learned about the level of heat it needed to come out of the earth (concrete mind). They had discussions about the insect, did information research about other insects that lived under the ground and about some who experienced metamorphosis. They learned about insect collections. They were confronted with the moral issue of pinning insects and resolved the problem by making drawings of them to collect instead of capturing them alive. They wrote a story book about their experience and created a song with the sounds of the cicadas (literacy/alphabetization). They searched the Internet and collected pictures and videos. They played insect hunters, wore explorer hats, and used nets, shovels, and pincers. They created display boxes with milk cartons (opsistiation). They even paid a visit to the local insectarium to offer live specimens for their collection. But at the end of the day, the best part for Sophie and her playmates was going outside to play, explore and discover.

[1] Louv, R. (2008: 87). Last Child in the Woods. Saving our Children from Nature-Deficit Disorder, Algonquin Paperbacks. ʺ Loose parts theory ʺ was proposed by Simon Nicholson, a Cambridge architect, as discussed by Richard Louv. ʺ Loose-parts ʺ are things lying around in an environment that can be used to create something else like pieces of wood to build a makeshift shelter.