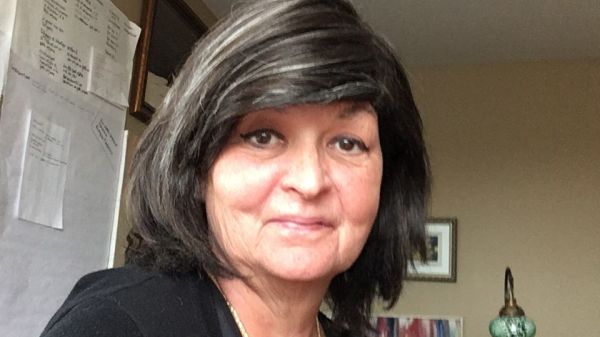 In 2017, I jumped off the frantic train of my faculty as program director because of a sense of urgency. I am now working as a full-time writer and researcher and feel that I am standing up for nature, the environment and the development and preservation of humanity in young children, which includes the outdoors.

Young children, whose outdoor experiences are limited to time spent getting in and out of a car to go from one indoor setting to another, can be found in our modern societies. They are easily observed in cold environments, such as where I live, where temperatures can reach -32 Celsius or -25.6 Fahrenheit. Fortunately, most children around the world are still familiar with being outside and many of us up north remember building forts, skating on overflowed frozen creeks in fields and sliding down hills of piled-up snow in driveways. There is much to be said about hours on end spent braving the elements. Rosy cheeks, healthy appetites and sound sleeping nights are some of them.

I have spent my career trying to understand the learning process in young children and to get a sense of how minds and thoughts develop. I have studied programs in formal pedagogical settings, and the global educational approach found in informal settings like families. Diversity is a characteristic of development, even if norms, stages and agencies are needed by scientists to make their calculations and by specialists to plan their interventions. Diversity in child development is a reality. A child’s humanity is composed of the knowledge derived from information and experiences available in its environment. Remove the outdoors and the child’s humanity and behaviours will be altered. Knowledge from nature, and knowledge from the environment, are part of a child’s fundamental heritage and sense of belonging to its home, the Earth.

I am passionate about children from birth to 5 years old and have been doing research on their experience with the outdoors, their environment and nature. If preparation for school is the Holy Grail of preschool education, I believe that preparation for a human life on Earth is fundamental. Literacy for young children, alphabetization and “opsistiation” (Major, S. 2014), which is instruction and education with images, are intellectual systems that we use to code and analyze information and knowledge. We spend a lot of time and effort learning them because they help us understand how to act in the environment. There is another system available to us, called the “concrete mind” (Jousse, M. 1974), which uses all human senses and their combined frequency to understand the information and events produced by the environment. It consists of thinking more with our body than with our intellect and it helps us understand how the environment acts on us. We have the capability of using all four systems but, in our modern world, we tend to neglect the “concrete mind”.

Let’s look at a situation. Where I come from in the North, urban legend has it that young children were left alone outside to nap, in their baby carriages, even when it was very cold and snowy. Grandmothers claimed that it killed germs and viruses, opened-up lungs and filled the body with oxygen! My generation saw a dark “culture of danger” cloud roll in and hover, making this unthinkable!! Strolling to the park or on the sidewalk while baby sleeps all bundled-up is still common practice, but nowadays, leaving a baby alone in the backyard or on the patio could well be tagged as neglect. Some families and neighbours create a physical space with virtual boundaries where all eyes are on the baby (or on children playing), thus making it quite safe. Of course, this requires that members of the community live and work on site, which is not always possible.

No one can dispute the virtues of fresh clean air, but what’s interesting is how it affects a very young child whose total being is focused on developing its circadian rhythms and sensorimotor consciousness (Montagner, H. 2006). In other words, the baby’s body is learning to balance its cardiac rate, blood pressure, temperature and hormone production. The baby’s mind and body are learning when to wake up and when to let go and sleep, and when to be alert or sort of reflective. They are also learning when to call out for food or water and signal when the body has enough. The baby needs to learn how to communicate when it’s uncomfortable, lonely or afraid. And it does all of this while its body is growing. This is exhausting! That’s why babies sleep so much.

A baby sleeping outside would take in a lot of oxygen, which is certainly beneficial to its physiological development, but would also experiment the sensations of cold air on its face, through its nostrils and into its lungs. Its body would feel itself adapting to the cold and the baby would learn to breathe in the cold air. If the baby is warm and “toasty”, well-being would be felt and would act on the chemical components of its blood. Lying in the stroller or the carriage, the baby would experience the differences between a breeze, a sudden gust of wind or, sometimes, the stillness of the air. Later, behind the plastic shield of the stroller, it would come to realize that the elements can exist even if it can’t feel them, bringing forth the concept of permanence of the object. It would hear, smell, taste and feel the outside and see the changing intensity of light. The baby would get a sense of space and time and would start to develop symbolic operations meaning " imitate in the absence of a model, form mental images, draw and play symbolically, and use language" (Schieber & Thompson, 1996: 229). Now, " visual perception incorporates visual acuity, scanning ability, use of full visual fields, and color perception. But children may have tunnel vision and thus be unable to process information from their peripheral fields of vision. They tend to fix the center of images " (1996: 231) or pay attention to a prominent feature in a scene like a bright color. The baby cannot control its attention and is easily diverted. Seeing snow flakes for example, the baby can only process one information at a time like the color, the movement, the direction or its floating capacity. Lying in the stroller or carriage, the baby gets to practice perceiving and processing information while developing its cognitive, socio-affective and motor abilities.

It is easy to see how the environment acts on the baby’s body and mind. There is so much to learn! These are baby steps towards environmental education through its “concrete mind” namely its body and senses in structuring its mind and eventually in creating thoughts.

Fresh air and babies is an old topic. Don’t think it would pass our tests for safety and security!!

You can also view this video about babies sleeping outside.

Thanks for the comments and yes you are wright about the relations children have with the environment and the impact on their development. The thing is that when we interact with nature or each other, the relation is a two way track. When we talk with someone or when we observe an event in nature, there are reactions, movement and change which have an impact on our thoughts, gestures and reactions. Computor screens don't sollicitate a reaction on our part so its like having a one way conversation. It changes the way we process information and retrieve knowledge from it. Thanks again for your comment!

Hey! Just read your post and I found it really interesting! I can't believe your grandparents' generation would leave a baby out in the snowy winter unsupervised! It's so funny how mentalities change with generations.
So what you're saying is that it's better to have kids develop their senses with natural stimuli rather than curated content because part of their development is to adapt to what the environment provides as well as how the environment provides it? In the sense that a kid's show or iPad content might be so specific in terms of what responses it stimulates from its viewer that it might in fact be neglecting some key areas of a child's growth which are taken for granted while making these products?

Thank you for the positive feed back! I am doing a lot of research about ''the concrete mind'' and the possible pedagogical applications for environmental education.
Suzanne

This is great; thank you, Suzanne!