"I've Been Thinking a Lot About Water"

"I've Been Thinking a Lot About Water" 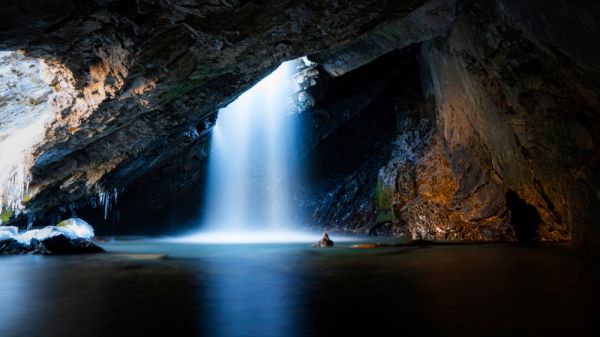 I’ve been thinking a lot about water.

A couple weeks ago we had 9” of rain in Stevens Point (Wisconsin). Our farm had a few inches, but northern Minnesota and most of the West are still in severe drought. The South and East experienced flooding from Hurricane Ida. So it seems to go these days, our experiences with water are in the extremes.

We spent a week in Utah this summer. I love the desert, the rock formations are amazing, the horizon vast, the colors stunning, and the night sky incredible. But after being there for a short time, I longed for greenness and life. We found a hike that followed a river upstream to a waterfall. The rich ribbon of life that follows rivers flowing through the desert is magnificent and the coolness of the water a welcomed respite. There’s not much more that can emphasize the value of water than hiking along a river in the desert.

All this has made me realize how fortunate we are with regards to water, and I wanted to share a little bit about our “water place.” Even though we don’t often think of it this way, “The Maples” sit at the headwaters of one of the great river systems of the world, the Mississippi River. Yes, the Mississippi is said to start in Minnesota, and that’s true of the main river. However, the Mississippi is fed by thousands of tributaries, and “our” water contributes to the Mississippi as surely as any other part of the river.

Do you know your water place? What watershed are you in? What’s upstream and downstream from you?
River Runner is a pretty fun tool to explore water where you’re at. It follows a drop of rain from its point of landfall to the ocean.

Learn more about water in the west.
On Point has been doing a series on this, here’s one good episode: What the Future Holds for Water in the West

Properly, this land is the headwaters of the East Branch of the Eau Claire River, although you won’t find anything that resembles much of a river on our land. The surface-groundwater interface is a little more fluid here. The Maple Trees sit at the edge of a large swamp complex in which the water is sometimes at the surface, sometimes just under the ground, but never really flowing as much as it is seeping. Eventually after a circuitous route to the west then north then east, the water coalesces into a determined flow as the East Branch of the Eau Claire River.

After a few miles, the river swings back to within a mile of “The Maples” as a “kayakable”-sized river full of native brook trout. It carries onward on its journey to the Gulf of Mexico from there, ultimately traveling over 1,900 miles.

The groundwater on our land is rarely more than a few feet from the surface. You can readily pound a pipe into the ground and pump out water. And this is good, clean, delicious water. Rain and snow water percolate through the forested glacial till to north and reaches our place before much interaction with cities, agriculture, or industry.

My dad has related a story from my grandpa that when my great grandparents arrived on the land there was a spring somewhere near where “The Maples” are now. There’s plenty of water there now, but there’s no spring. During the time the forests were cleared and the fields established, a shallow ditch was dug in the area dropping the water levels just enough to eliminate the spring. Someday I hope the hydrology is restored enough that the spring returns.

We’re incredibly fortunate to have the abundant, clean water that we do. The fact that people live in places where water is less available is amazing to me. Most of the urban West is only inhabitable because of massive and unsustainable engineering (the Pacific Northwest is an exception to this). Phoenix was once described to me as a several million person 50-year camping trip. That is, it’s temporary.

People have lived in the West for thousands of years, but the urban population explosion happening there now can’t be sustained with current resources. This isn’t a new realization. Over 100 years ago, John Wesley Powell warned that there wasn’t enough water in the West for extensive development.

My greatest fear is that, instead of depopulating the West, the freshwater of the Mississippi River and Great Lakes are eyed to maintain that crazy camping trip. My other fear is that this region of the Upper Midwest becomes the home of climate refugees as it’s realized that we can’t sustain the cities of the West, particularly under greater water scarcity caused by climate change.

Jeremy Solin is an environmental educator and a person that understands the value of water. He also produces maple syrup from his “Maple Trees” and sells it to the public; I have been able to buy from him this wonderful product. It is amazing, tasty and love to have it on homemade pancakes.

If you are inclined to try his maple syrup, you may want to check out his website, Tapped Maple Syrup. I guarantee you will love it.