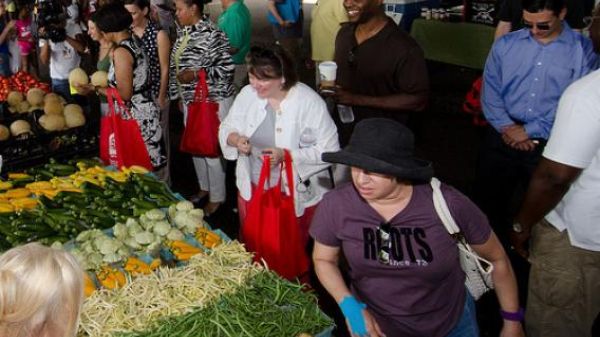 As part of NAAEE's monthly webinar series (Bringing New Ideas and Innovation to the field of EE), heard from Mohamad Chakaki, Co-Director of Field & Network Development; Joshua Carrera, Program Manager; and Organizational Development and Programs Co-Director Ginny McGinn (facilitator), all from the Center for Whole Communities.

Center for Whole Communities exists to cultivate transformative leadership that weaves together and strengthens movements for justice and the environment. CWC believes that vibrant and equitable communities stem from healthy relationships to ourselves, each other, and where we live. To build Whole Communities, we promote leadership practices and frameworks that build capacity to deepen awareness, embrace differences, and value relationships, making change possible. In this experiential and interactive webinar, we'll present our vision for cultivating whole communities by collectively engaging in our core Whole Thinking Practices of awareness, story, working with difference, and conscious conversation. 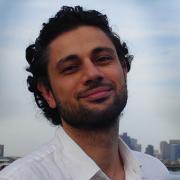 Mohamad is the Co-Director Field & Network Development for the Center for Whole Communities. He grew up playing in the sand and surf on both sides of the Arabian Peninsula, and then on the edges of eastern forests and city streets in the Washington, DC metropolitan area. His intellectual and professional interests lie where the lines blur between East and West, cities and nature, art and science, and so on. Mohamad holds a Masters of Environmental Management with a focus on Urban Ecology and Environmental Design from the Yale School of Forestry & Environmental Studies, and undergraduate degrees in Religion and Biology from The George Washington University. He completed doctoral coursework at the School of Architecture and Planning at MIT, with research into emerging urban landscapes in the modern Middle East.

Mohamad has followed his passion for working in nature and with people in parks and gardens across the US, with the Peace Corps in Central Africa, and the United Nations in Syria. He consults on environment and community development projects in both the US and the Arab Middle East. Mohamad was a co-founder of the DC Green Muslims network, and is a Senior Fellow of the Environmental Leadership Program. 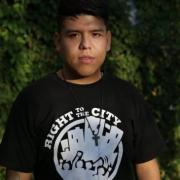 Josh Carrera is a proud New Yorker that grew up in Brooklyn to a first generation Ecuadorian immigrant family. During his years in college and graduate school, Josh’s interests led him to study sustainable development and international relations in Ecuador, Mexico, and Brazil. More recently, Josh has been involved in local environmental and housing issues in his native city. One of Joshua’s proudest accomplishments has been organizing a six-day volunteer event where New Yorkers planted close to 8,000 trees over six days at Jamaica Bay Wildlife Refuge. Josh is a founding member of Mi Casa No Es Su Casa: Illumination Against Gentrification, an activist project which uses art as a form of protest against the rapid neo-colonization of Brooklyn neighborhoods. Josh is a proud collective member of Mayday Space – a social justice movement space where he is working on building a radical library that values truth, critical thinking, and justice. In his free time, Josh loves to take salsa and bachata classes or photograph the newest city he is visiting. 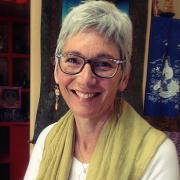 Ginny McGinn is a mother, artist, organizer, meditator and radical change midwife. Throughout her career, she has been deeply involved in the work of social and organizational change and in building partnerships across lines of power and privilege. Ginny has a profound interest in how change happens, from the level of individual transformation through the level of entire communities or systems, and it is this process of change that she seeks to continue to study and facilitate in her leadership at Whole Communities.

Previously, Ginny served as president of Bioneers, a national nonprofit dedicated to disseminating practical and visionary solutions for restoring Earth’s ecosystems and healing human communities. While at Bioneers she and her colleagues greatly expanded the reach of its programs by launching satellite conferences and building partnerships in cities around the country, creating access for many who would not have otherwise had it.

Cultivating practices that support whole communities (lower case intended) and bringing those practices into our daily lives is the focus of her current work. Through “Whole Thinking in Practice” we are able to stay present, make better decisions, and act on behalf of the whole as we go about our work in organizations and movements.

Ginny facilitates and consults on organizational change around the country, using the Whole Thinking Practices and the tools she and her colleagues have helped evolve at Center for Whole Communities.