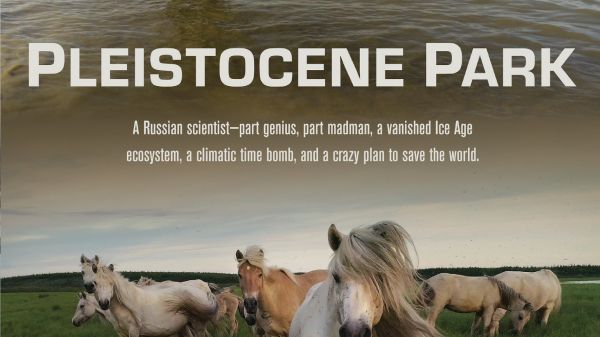 Seeking no one's help and asking nobody's permission, Russian geophysicist Sergey Zimov and his son Nikita are gathering any large woolly beast they can get their hands on, and transporting them, by whatever low-budget means they can contrive, to the most remote corner of Siberia. They call their project Pleistocene Park. The goal: restore the Ice Age "mammoth steppe" ecosystem and avoid a catastrophic feedback loop leading to runaway global warming. Sergey would know: fifteen years ago he published a paper in the journal Science showing that frozen arctic soils contain twice as much carbon as the earth's atmosphere. These soils are now starting to melt.

The clock is ticking. Impacts of climate change—hurricanes, wildfires, heat waves, and floods—are being felt sooner than anticipated. Sergey and Nikita find alarming evidence that permafrost is reaching its tipping point now, rather than in thirty years as they predicted. On a global scale, progress addressing the root cause of climate change—anthropogenic carbon emissions—is as elusive as ever.

Can two Russian scientists stave off a worst-case scenario of global environmental catastrophe and reshape humanity's relationship with the natural world?

“A brilliant film. While the hardened Russian way of pursuing knowledge differs markedly from that in America, scientific discourse plays out with the similar goal to understand nature. Here, the common objective is to combat climate challenge. Pleistocene Park should be viewed by all.” Joel Berger, University Chair in Wildlife Conservation, Colorado State University, Senior Scientist, Wildlife Conservation Society