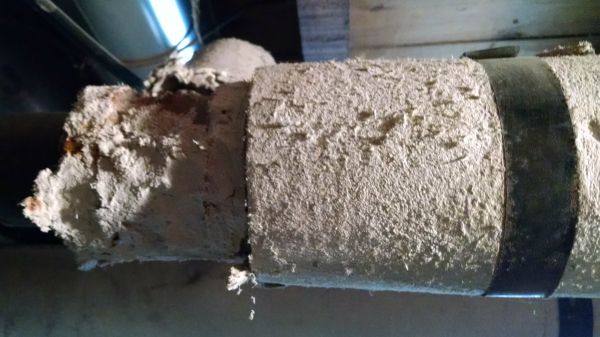 During the 1950s and 1960s, asbestos was widely used in the building industries. It was durable and capable of withstanding high temperatures, so it was a natural fit for inclusion in products and building materials that would be subjected to those conditions. But those benefits have come at a steep price. The possibility of developing chronic lung diseases is highly linked to asbestos exposure, even decades after the Toxic Substances Control Act (TSCA) placed strict regulations on usage of the mineral.

The Environmental Protection Agency, which is in charge of enforcing the TSCA, is currently evaluating the public health risks associated with asbestos and will conclude whether or not the mineral should be banned from all applications in the U.S. Although asbestos use has fallen drastically from its high mark 50 years ago, it is still included in some manufacturing processes and imported products.

Asbestos is a very real threat, with several diseases directly linked to asbestos exposure, including asbestosis, a chronic lung disease, and mesothelioma, a rare cancer affecting the linings of the lungs, though in some cases it can be found in the linings of the abdomen or heart. The disease is often difficult to diagnose and in many cases isn’t caught until its later stages, requiring patients to seek out doctors specializing in mesothelioma treatment and care. Prognosis is usually very poor no matter what stage the disease is at when it’s discovered, with about 9% of patients living more than five years.

While the health and environmental communities have alluded to the carcinogenic nature of asbestos for decades, governments around the world, including the United States, have been slower to react. For example, in Libby, MT, prior to its closure, waste material from a vermiculite mine tainted with asbestos was used in other locations around town, including on a school running track and in residential gardens. As a result, the area experienced an elevated number of respiratory diseases due to its proximity to asbestos sources where the mineral can become airborne and ingested. And in other parts of the United States, improper disposal of asbestos and other pollutants into lakes and waterways, including the Great Lakes, decades ago has resulted in costly clean-up efforts to mitigate damage.

In 1989, following a years-long study of the mineral and its health impacts, the EPA issued a final rule aimed at phasing out its usage and institute a ban. The rule was overturned two years later by the Fifth Circuit Court of Appeals and many of the prior regulations enforced by the TSCA were put back into place. Today, more than 50 countries have already instituted full bans on asbestos, including the entire European Union, and Canada is expected to join that list by 2018.

The EPA’s renewed effort to ban asbestos in the U.S. is a direct result of recently-passed legislation known as the Frank R. Lautenberg Chemical Safety for the 21st Century Act. This amendment to the original TSCA law requires the agency to perform ongoing evaluations of thousands of chemicals to determine their potential risks to humans. Asbestos was among the first ten chemicals named last year through the amendment, and since then the EPA has been actively reviewing and compiling data.

Although a final decision is not expected for a couple years, the United States has already largely moved on from using raw asbestos in the manufacturing and mining process. Since the TSCA rules were enacted in 1976, safer and comparably priced materials providing similar or superior heat resistance and durability have also given shoppers and builders additional alternatives to asbestos. As reliance on asbestos continues to dwindle, it may become easier to ban asbestos to protect the safety of both employees and the general public.