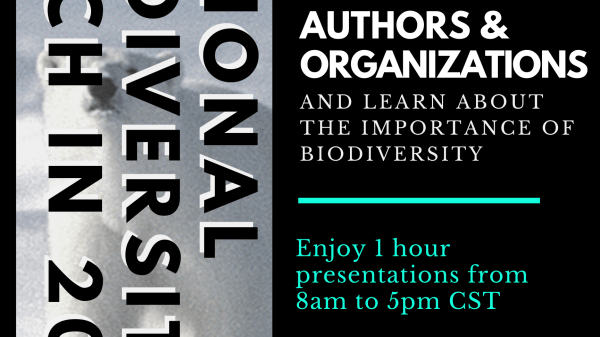 The National Biodiversity Teach In is a class project that originated during the 2012-13 school year after a lesson about the plight of the Passenger Pigeon. This project is student driven and staff supported. Our Goal is to raise awareness about the importance of biodiversity and to inspire our peers to take action in protecting it.

We became passionate about biodiversity through the story of Martha, the last known living Passenger Pigeon who died on September 1st, 1914. Our first #NBTI was organized to honor the significance of Martha’s passing over 100 years ago; and took place in September of 2014. Past presenters include Sandra Postel, Ed Begley Jr, Philippe Cousteau, Dr. Naomi Rose, Katharine Hayhoe, and David Vaughn....to name drop a couple.

This year, we're collaborating with EarthEcho International for a more varied program. These webinars will take place on each Friday in February of 2020 (7, 14, 21, and 27), as well as a Tuesday and Thursday. The sessions are 1 hour each and begin at 8:00 AM CST and conclude at 5:00 PM CST.