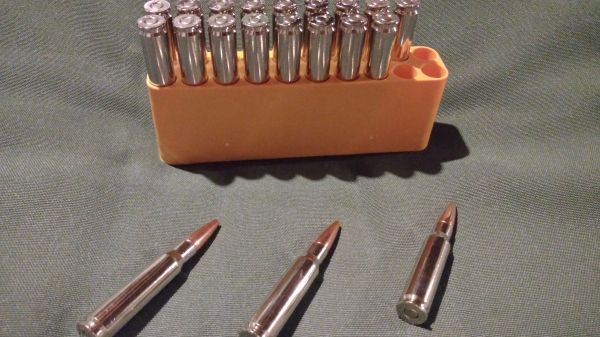 Lead is dense, soft, and cheap, making it a seemingly ideal choice for ammunition. Lead is also a neurotoxin, with potentially deadly consequences when consumed by avian scavengers, such as Bald Eagles, Golden Eagles, and vultures, where unintentional lead poisoning remains a limiting factor in California Condor recovery.

Lead bullets fragment upon impact, sending microscopic fragments up to 17" from the impact site. These fragments can end up in organs and meat planned for human consumption.

Avian scavengers, such as eagles and vultures have extremely acidic stomachs, dissolving bones - as well as lead fragments. Once in the bloodstream, neurological symptoms may occur, such as lack of coordination, seizures, paralysis, and death. Fortunately, lead poisoning in wildlife is preventable.

Here are ways that hunters (and non-hunters) can lead without lead:

1. Choose non-lead ammunition, such as copper. These ammunition types don't fragment, instead expanding upon impact in predictably.

2. If you dont have or can't find non-lead ammunition, bury or packout the carcass remains to prevent scavengers from accidental exposure.

3. Talk to hunters that you know about lead poisoning and share non-lead hunting resources, such as the North American Non-Lead Partnership and Hunting with Nonlead. Encourage hunters to share with fellow hunters.

4. Get involved in non-lead hunting outreach. Wildlife rehabilitators have been on the frontline of non-lead advocacy as they see the effects firsthand. State game agencies are also beginning to engage hunters on the issue and may have opportunities to support the initiative, such as this brochure from the Pennsylvania Game Commission.

Here's a story on the California Condor and lead poisoning from CBS. It features The Peregrine Fund's former condor biologist and new executive director, Chris Parish. Chris does a great job of bridging wildlife biology and the hunting community:
https://www.kiro7.com/news/local/coronavirus-washington-state-timeline-…