Can We Link Individual Events to Climate Change?

Can We Link Individual Events to Climate Change? 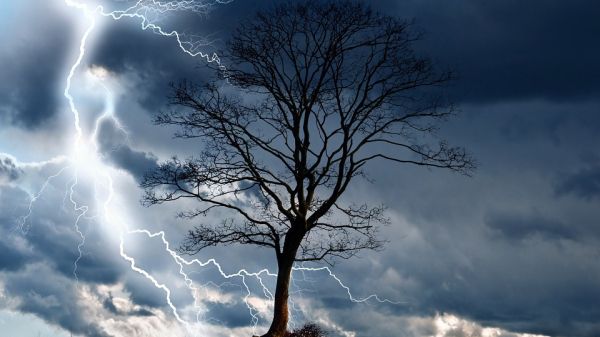 Remember when most news stories about climate change included a sentence like, “By 2050, scientists predict that a global temperature rise of 2 degrees will cause a large range of disruptions to the earth system?” Well, it’s 2017 and many of these disruptions, such as a drastic reduction of Arctic sea ice, record-breaking Australian temperatures, and extreme flooding in California, are happening decades ahead of schedule.  However, it’s not always clear when we can link unusual weather and unexpected changes in our environment to climate change. For example, how do we know when a freak ice storm in May is influenced by global warming?

The work of climate scientists has allowed us to more confidently tie our observations of unusual weather to climate change. Until recently, scientists did not have sufficient data to conclusively link a weather event, such as a severe drought or an unusually strong hurricane, to global warming. In the past, news stories about huge calving icebergs or massive forest fires often included a statement by a scientist stating that there was “no evidence” that climate change played a role in the event. However, in recent years scientists have become more adept at detecting the “fingerprint” of climate change, following concerted efforts to determine if individual weather events can be attributed to global warming. To grossly oversimplify, scientists have harnessed enormous computing power to establish the likelihood of an severe hurricane or drought not occurring without human-caused elevation of greenhouse gas levels. In many cases, they have concluded that the current intensity of many weather events would be extremely unlikely without elevated greenhouse gas levels. In other words, equipped with reams of data, scientists are increasingly confident that these events are exacerbated by human-caused climate change.

Just as scientists are becoming more confident in their attribution of extreme weather events to climate change, the rest of us are becoming more certain that our own experiences of our changing local environments are linked to these global trends. As we increasingly share our observations of how the weather is "getting weirder" in our communities, we build a worldwide network of climate change stories. We gather more and more “data” in the form of these stories, and become increasingly convinced that our individual experiences are evidence of global change. In this way, we do human-scale climate change research, using the scientific evidence to bolster our own observations, rather than simply showing real-world manifestations of change expected from climate change models.

Some may balk at this approach, arguing that it is impossible to use “anecdotal” evidence to attribute extreme weather events to climate change. Critics rightly point out that climate change deniers have taken a similar tack to "disprove" global warming, for example by claiming that an unusually cold winter in Washington D.C. demonstrates that climate change is just a hoax. We should be wary of, for example, blaming climate change for an isolated warm day in January. A much more effective approach is to recognize that, for example, this year there were 15 unusually warm days in January, compared with two or three 10 years ago. In addition, if you live in New York, speak with people in Toronto (or Stockholm, Moscow, or Tokyo) about the number of unusually warm days they observed in January.

Many people are convinced about the urgency of climate change based on scientific findings and models alone. However, many others are not. The rapidly growing network of climate stories quite literally brings global warming “down to earth.” Sharing these stories is perhaps the most effective way to engage people around the world with this planet-wide crisis.

For people who are also interested in what science CAN tell us about the relationship between extreme weather and climate change, there's a nice 30-minute National Academy of Science video (2016) about what we know from science regarding the ways that human-caused climate change can influence the magnitude or frequency of some extreme weather events. Find it here:
http://nas-sites.org/americasclimatechoices/other-reports-on-climate-cha...