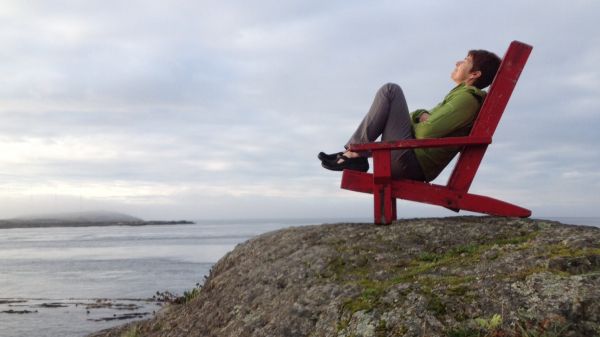 For the April installment of NAAEE's monthly webinar series (Bringing New Ideas and Innovation to the field of EE), we heard from Dr. Elin Kelsey presenting "Wild Contagious Hope."

On World Ocean's Day, June 8, 2014  Elin Kelsey co-launched a twitter tag called  #OceanOptimism. To her surprise, it went viral, engaging more than 74 million people with marine conservation successes. #OceanOptimism is a harbinger of a collective hunger for hope. Drawing on inspiring examples from Monterey Bay and beyond,  Elin chronicles the spectacular rise of this turn toward hope and why it is so unlikely – and so important – to an increasingly fractured world drowning in doom and gloom.

Dr. Elin Kelsey is a leading spokesperson for hope and the environment. In 2014, she co-founded a social media campaign devoted to sharing ocean conservation successes. #OceanOptimism has reached more than 74 million users in just two years. She has been awarded prestigious fellowships, including a Rockefeller fellowship and a Rachel Carson Center for Environment and Society fellowship, to explore the question of hope and the environment in interdisciplinary think tanks devoted to world changing ideas. Dubbed the “the high priestess of hope” by The Green Interview, the World Conservation Union, the largest international assemblage of government and non-governmental environmental organizations, featured Elin and her work on hope in their “Inspiring People” campaign. Elin is a popular keynote speaker and will be a featured guest at the Smithsonian Institution’s inaugural Earth Optimism Summit on Earth Day 2017.

Elin has a track record of inspiring change. She wrote the scientific brief for Pew Global Oceans that led former President George W. Bush to dedicate one of the world’s largest marine reserves, the Mariana Trench National Monument. She has led public participation initiatives in marine reserves in Britain, Australia, Canada, the U.K., and the U.S., and worked with the Monterey Bay Aquarium and a coalition of more than 40 aquariums and visitor centers across the U.S. on a multi-year empowerment evaluation of how to better communicate about climate change and its effect on the oceans. She recently led the development of a new social media program for the Monterey Bay Aquarium that invited teens to use their online skills to communicate ocean conservation though a range of social networking platforms.

Elin is the author of You Are Stardust, Wild Ideas, Not Your Typical Book About the Environment and other award-winning books for children and adults. Her books have received rave reviews from the Economist, Brain Pickings, the Washington Post, Publishers Weekly, and Kirkus Review. Her work also appears in Hakai Magazine, New Scientist, BBC Wildlife, Conservation Magazine, Bay Area Parent, Green Teacher, and numerous online sites. Elin founded the writing program at the Osher Life Long Learning Institute at California State University, Monterey Bay and has been awarded writer-in-residence posts at: Hedgebrook, Berton House, Conservation International, Crofton House and, Mesa Refuge.

Elin holds a Ph.D. in Science Communication and International Environmental Policy through King's College London (King’s College Alumni Research Scholarship Recipient). She obtained her Bachelor of Science degree in Zoology (Honours) from the University of Guelph and a Master of Arts in Science Learning in Informal Settings from the University of British Columbia. She has an adjunct faculty position with the School of Sustainability at Royal Roads University in Canada, and she is a research fellow at the Cairns Institute, James Cook University, in Australia. She works as an external consultant with Dr. Nicole Ardoin’s Environmental Learning Team at the Stanford Woods Institute for the Environment.

For more about Elin and her work, please visit www.elinkelseyandcompany.com(link is external)