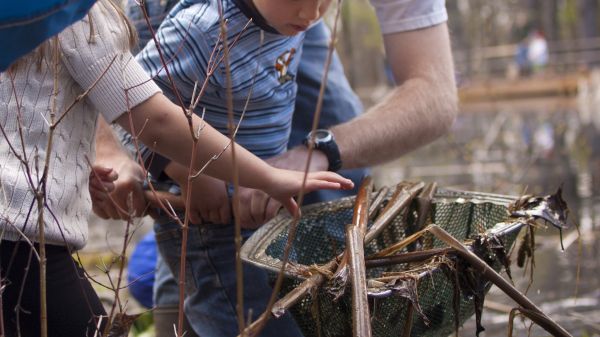 For the June installment of NAAEE's monthly webinar series (Bringing New Ideas and Innovation to the field of EE), we heard from Dr. Hahrie Han presenting "Social Movements in EE: What's the Connection?"

Hahrie Han is a political scientist and faculty director at the University of California, Santa Barbara. She runs the P3 lab, which examines the way civic and political organizations can make the participation of ordinary people Possible, Probable, and Powerful. Hahrie and the P3 lab study civic and political engagement, collective action, social change, and democratic revitalization, particularly as it pertains to environmental politics and social policy issues. 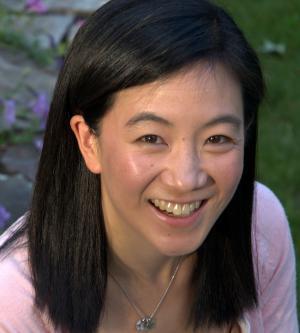 Hahrie Han is the Anton Vonk Associate Professor of Environmental Politics in the Department of Political Science at the University of California, Santa Barbara. From 2005-2015, she was an Associate Professor of Political Science at Wellesley College and a Robert Wood Johnson Health Policy Scholar at Harvard University (2009-2011). She specializes in the politics of environmental and social policy, focusing particularly on the role that civic associations play in mobilizing participation in politics and policy advocacy. Her recently published book, How Organizations Develop Activists: Civic Associations and Leadership in the 21st Century (Oxford University Press 2014) examines the strategies that the most effective civic associations use to engage activists and develop civic leaders in health and environmental politics. Another book, Groundbreakers: How Obama's 2.1 Million Activists Transformed Field Campaigns in America (co-authored with Elizabeth McKenna, Oxford Univ. Press 2014) describes the strategies the 2008 and 2012 Obama campaign used to engage so many grassroots activists in communities across America. Her first book, Moved to Action: Motivation, Participation, and Inequality in American Politics (Stanford University Press, 2009) examined the ways in which people become motivated to participate in politics, looking particularly at means of engaging underprivileged populations in political action. The book was the subject of a series of “Critical Dialogues” in Perspectives on Politics, an Author-Meets-Critics panel at the Southern Political Science Association, and positive reviews elsewhere.

Hahrie’s work on participation, civic associations, primary elections, and congressional polarization has been published in outlets including the American Political Science Review, American Sociological Review, American Journal of Sociology, Perspectives on Politics, British Journal of Political Science, Legislative Studies Quarterly, Political Behavior, and elsewhere. Her work was awarded the 2013 Outstanding Academic Publication on Membership Organizations Award by the Institute for Nonprofit Research, Education, and Engagement. In addition to consulting and researching with a wide range of civic and political organizations around the world, Hahrie has also been involved in numerous efforts to make academic work relevant to the world of practice, including serving as the Co-founder and Co-Director of the Project on Public Leadership and Action at Wellesley College, the Co-Chair of the Civic Engagement Working Group at the Scholars Strategy Network, the Chair of the Leading Change Research Network, and on the steering committee of the Gettysburg Project. She also acted as co-convenor of a Policy Advisory Committee for the 2008 Obama campaign and served as Chair of the Advisory Committee to the EAC Agency Review Team on the Obama-Biden Transition Team and also as National Issues and Policy Advisor to Senator Bill Bradley’s presidential campaign in 1999-2000.  She received her Ph.D. in American Politics from Stanford University in 2005 and her B.A. in American History and Literature from Harvard University in 1997. She was a National Science Foundation Graduate Research Fellow from 2002-2005 and received Stanford University’s Centennial Teaching Award in 2002 and Wellesley College’s Apgar Award for Innovative Teaching in 2006.